Homeowners’ Liability Insurance: Who Would Sue You? 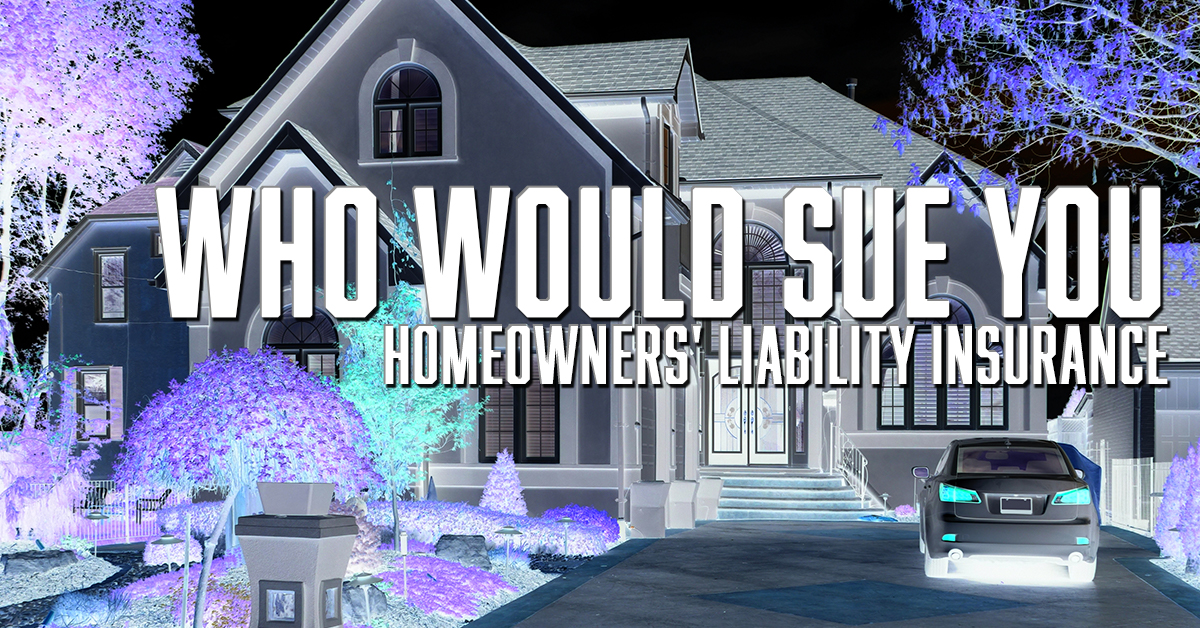 Homeowners’ Liability Insurance: Who Would Sue You?

One of the critical components of any homeowners’ insurance policy is its liability coverage. The liability provisions of your homeowners’ insurance protects you from financial loss should someone become injured on your property. These financial losses will generally result from a lawsuit. Liability protection covers the legal costs of any claim against you as well as any settlement or judgement that may result. But who would sue you? You may be surprised.

It may have just been an accident when she fell down three steps while carrying her famous Gelatin Surprise for dinner, but she did break her ankle. There were expenses and remember that lawyer she dated after your Uncle died?

Nobody else tripped over that uneven walkway before. Now it’s his chance to get even for that time you complained to his boss about your order being wrong. It’s probably too late to start tipping him better now.

The Guy Who Mows Your Lawn

Why is it your fault he twisted his ankle and fell? He should have seen that hole in your yard anyway and after all, it could have been worse.

Well, if he wasn’t running with that package he would have seen my dog coming at him sooner. Now he wants how much???

Sure my grill is old but you asked if there was anything you could do. I didn’t think it would flare up like that. I don’t know what the big deal is, those eyebrows will grow back eventually.

The Kid Next Door

I’ve told him a million times not to climb on the playhouse when we’re not at home and now I”M responsible for that cast on his arm?

The list can go on and on. No one ever thinks they could be sued until they are. You never know who has a lawyer in their ear or who may see even a small injury as an opportunity to get their fair share of the pie. The best way to protect yourself is through diligent home maintenance and sufficient liability insurance.

If it has been years since you’ve had a homeowners insurance review. We invite you to talk with one of our independent agents. As independent agents, they are experienced and qualified to review the policies from any insurance company. You can also see if we can improve your coverage at competitive prices. Protect yourself from the Aunt Maggie’s and Neighbor Bobs of the world and give us a call today!

Why You Should Have an Annual Business Insurance Review

Why You Should Have an Annual Business Insurance Review