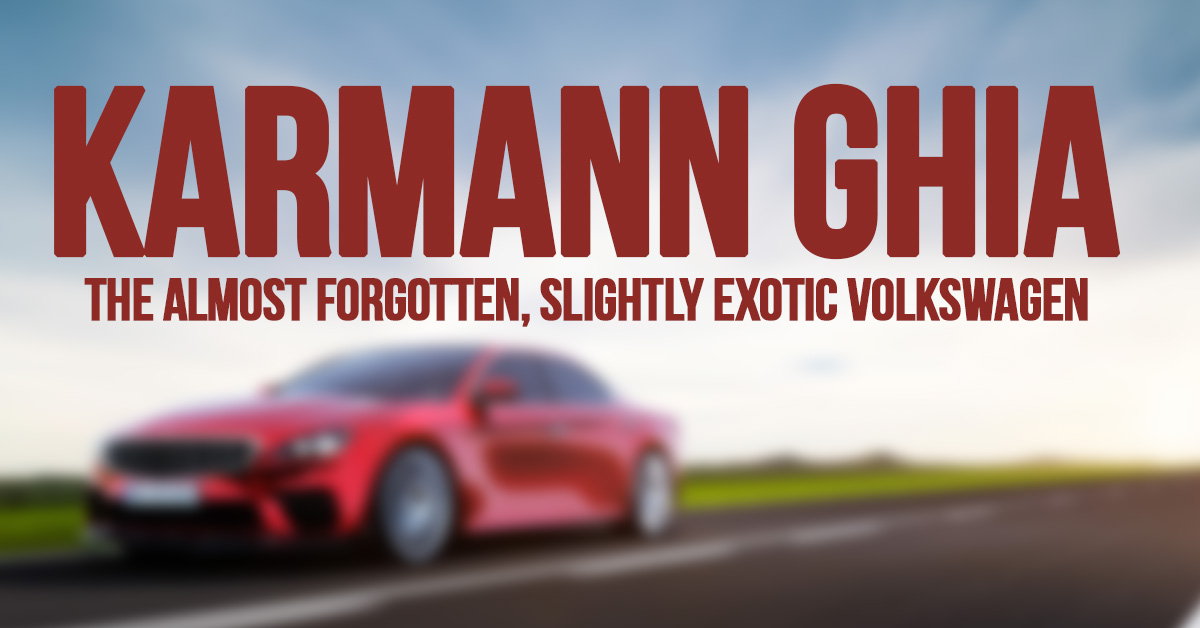 When most think of a classic Volkswagen, they may picture the old rounded, VW Beetle. Through the fifties, sixties, and seventies, there were certainly other models of the VW. The VW Micro-Bus was popular, especially in the counter-culture 1960s. In 1973 and 1974, Volkswagen even imported a boxy vehicle called “The Thing” into the United States. From the 1950s through 1974, VW also produced a rarely discussed sports car called the Karmann Ghia.

Today, an original Karmann Ghia from the 1950s could fetch in the $60,000 range at auction. Even later model years may be valued at $25,000 or more. Here’s more about the relatively unknown Volkswagen.
Originally produced in Germany, overall just under 800,000 of the cars were manufactured through the years. About 60% were 2+2 coupes and 40% were 2+2 convertibles. Through the 20 years of production, the engines ranged from 1200cc to 1600cc. The car combined German engineering and Italian design. In fact, the name Karmann was the German firm that built the body, and Ghia was the Italian-style house that designed the body. Some have considered it to be one of the most beautifully designed cars of its time.

Ultimately, the Karmann Ghia became a two seater in its final years in the United States to qualify for safety regulations, as it had no provisions for rear seat belts. The Karmann Ghia gave way to the Volkswagen Scirocco and Porsche 914.

Today, Volkswagen is focused on its line-up of all electric vehicles, with no plans to revive the Karmann Ghia. The “Poor Man’s Sportscar”, however, remains a popular collectible in the automotive world.

You may not own a $60,000 Karmann Ghia, but your car is certainly important to you. Make sure it has appropriate insurance coverage. Our independent insurance agents can help. Connect with us to discuss your vehicle and let us help you compare rates. You make the final decision. We look forward to helping you get the most out of your automobile insurance premiums.